We believe cars  should not crash.

Despite all the technology in modern cars, accidents and fatalities are going up, not down.

We believe in keeping you protected, without exception.

Even the most advanced self-driving systems today struggle to navigate unpredictable scenarios or uncommon objects. Ghost overcomes these limitations with breakthrough artificial intelligence that can manage any driving scenario and react 5x faster than a human driver.

We believe “self-driving” means you really don’t have to drive.

Unlike driver-assistance systems, which require constant human supervision and rely on last-second intervention, Ghost is so safe you are finally free to do something else behind the wheel.

We believe self-driving is for everyone.

A new way to drive.

Founded in 2017, Ghost is pioneering a new approach to self-driving designed for safety, scale, and ultimately freedom.

Linear programming and robotics dominated the last two decades but have yet to deliver on the promise of safe self-driving for consumer vehicles.
‍
We are creating a new driving platform and development process based on software and the latest in artificial intelligence to bring attention-free driving to life.

John has spent his career designing systems from a blank whiteboard, often finding new solutions in existing spaces to create breakthroughs in performance, scale, and reliability.

In 2009, John co-founded Pure Storage, a company that leveraged a technology transition from hard drives to flash storage to completely re-imagine cloud and data center storage. By coupling flash with purpose-built software, he helped deliver storage systems that operate at new levels of reliability and performance, handling some of today’s most mission-critical banking infrastructure and driving innovation in cancer research, genomics, AI, and beyond. Pure’s game-changing reliability, performance, and simplicity enabled it to become one of the fastest-growing enterprise technologies of all time, going public (PSTG) in 2015.

John previously worked in the office of the CTO at Yahoo and was a founding engineer at Bix. He studied engineering systems and computing at University of Guelph in Ontario, Canada.

His favorite car is an Aston Martin DB10. 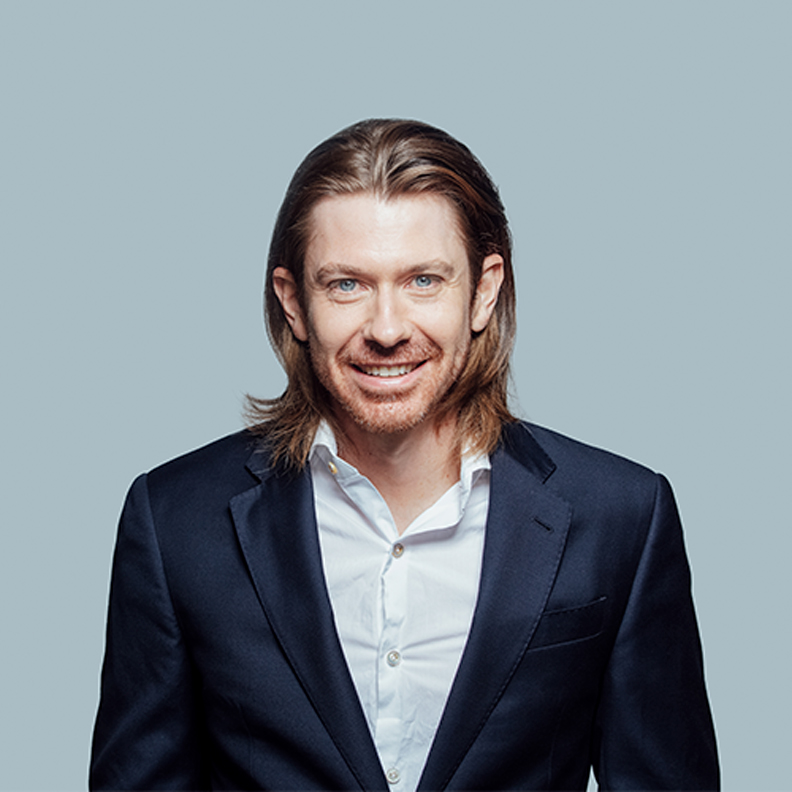 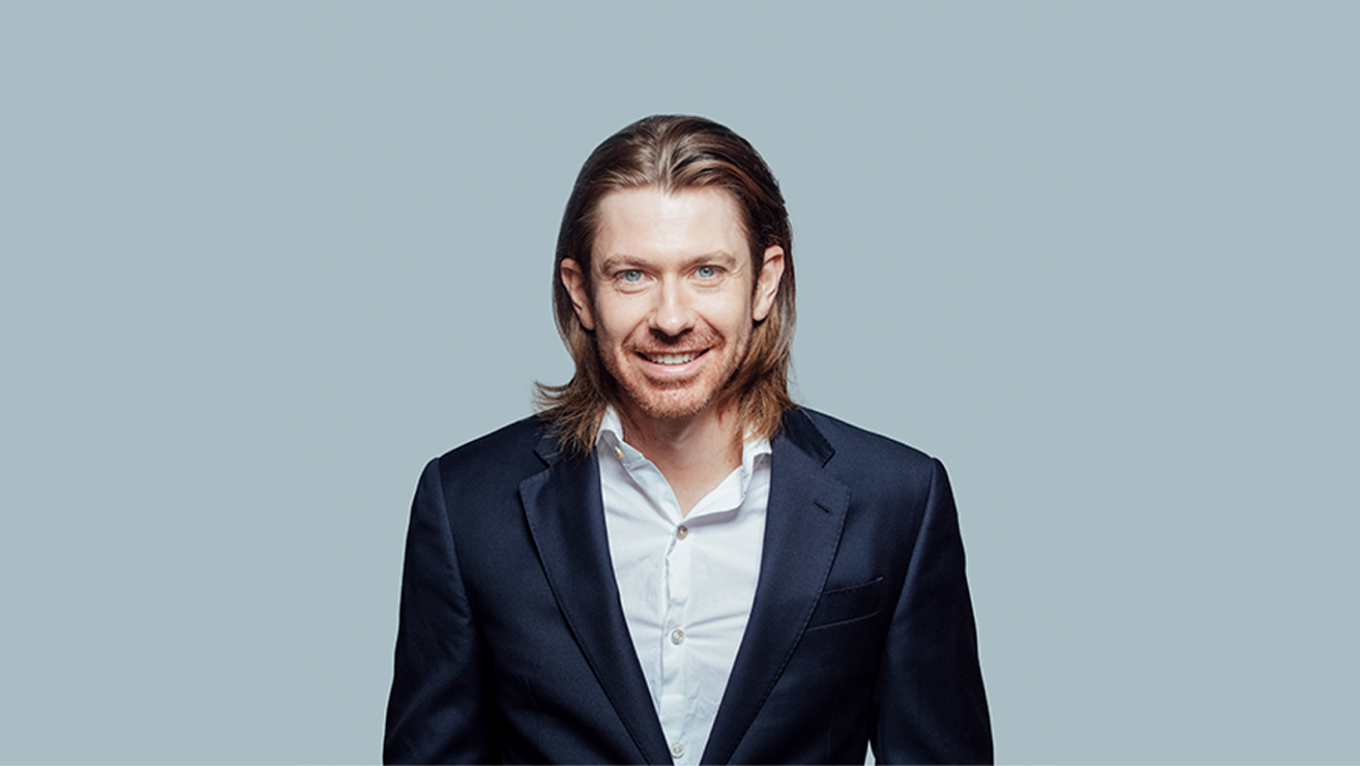 Par has served in leadership roles for more than two decades, including as vice president of FlashBlade at Pure Storage, CTO and vice president for Asia Pacific & Japan at EMC, and director of technology strategy at Symantec and VERITAS. He previously worked for Sun Microsystems and Data General (acquired by EMC).

Par is named as an inventor on more than 45 patents in the areas of distributed systems, enterprise computing, and data storage design. He studied telecommunications in Stockholm, Sweden. 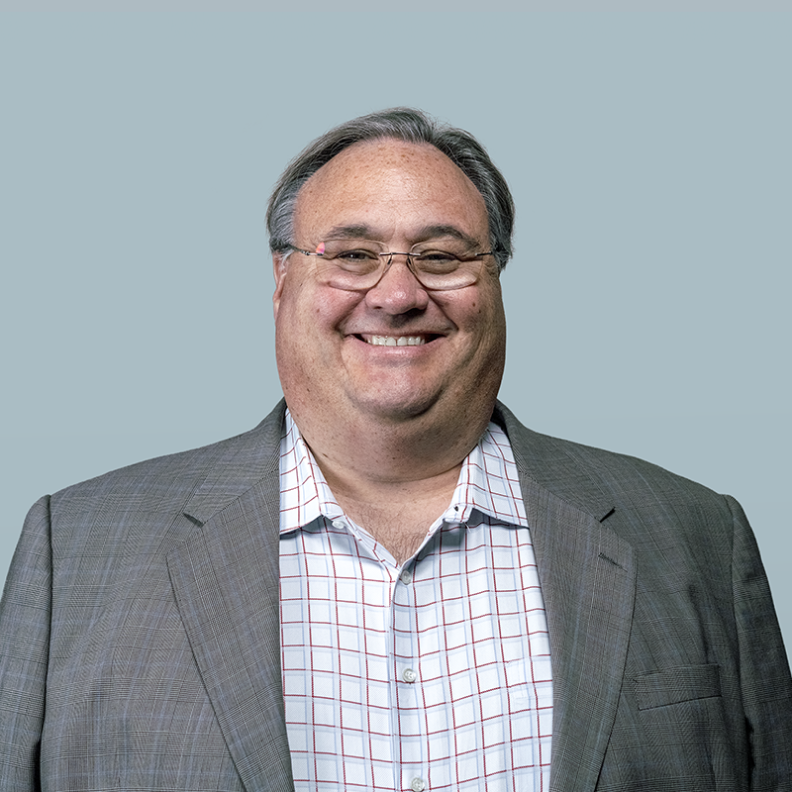 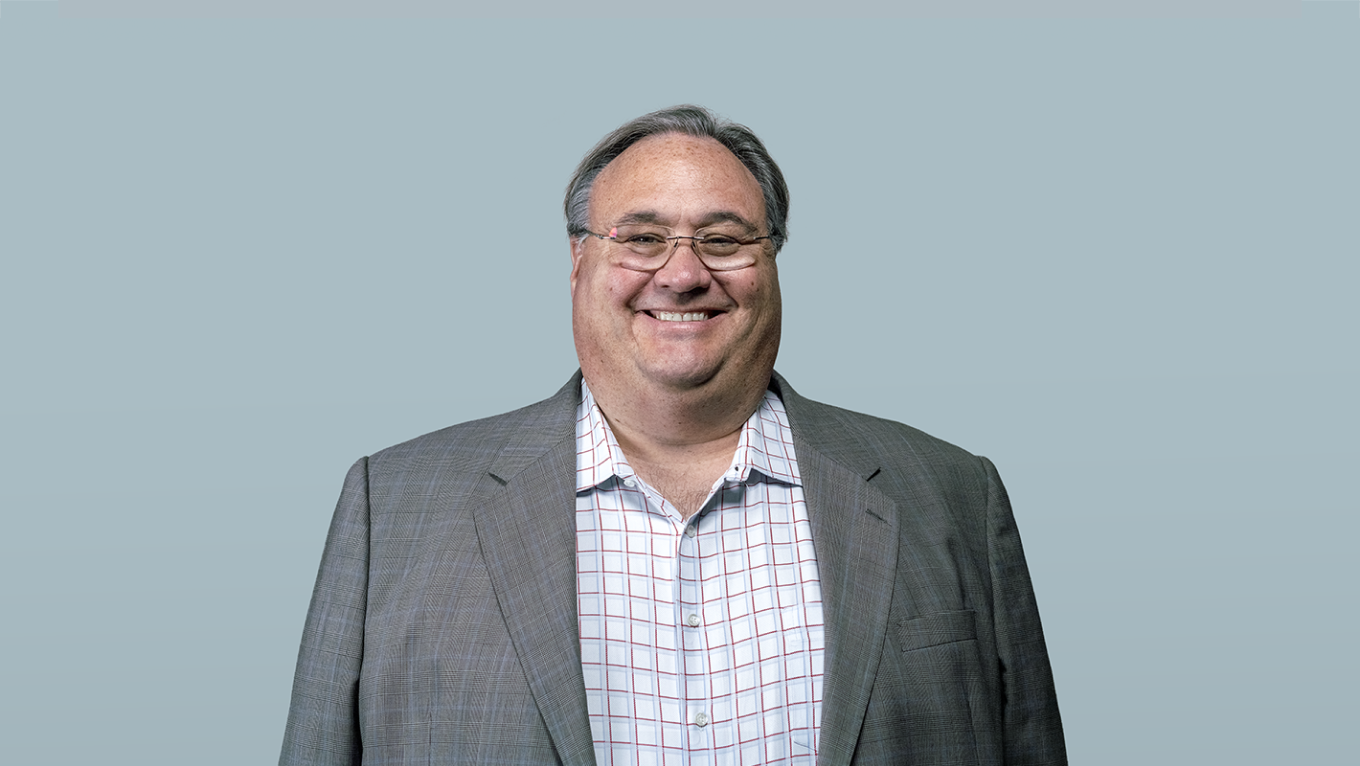 Justin has a track record of launching successful zero-to-one products within complex technical domains across both startups and large companies. Justin was senior director of product management and product marketing at Cloudera, where he led a data warehousing product from conception into its largest business. Justin began his career at Microsoft, where he drove a complete re-design of the high availability and disaster recovery solution for its then-$4B SQL Server business.

Justin earned a bachelor’s with honors in computer science from Stanford University.

His favorite car is the 1957 Chevrolet Corvette. 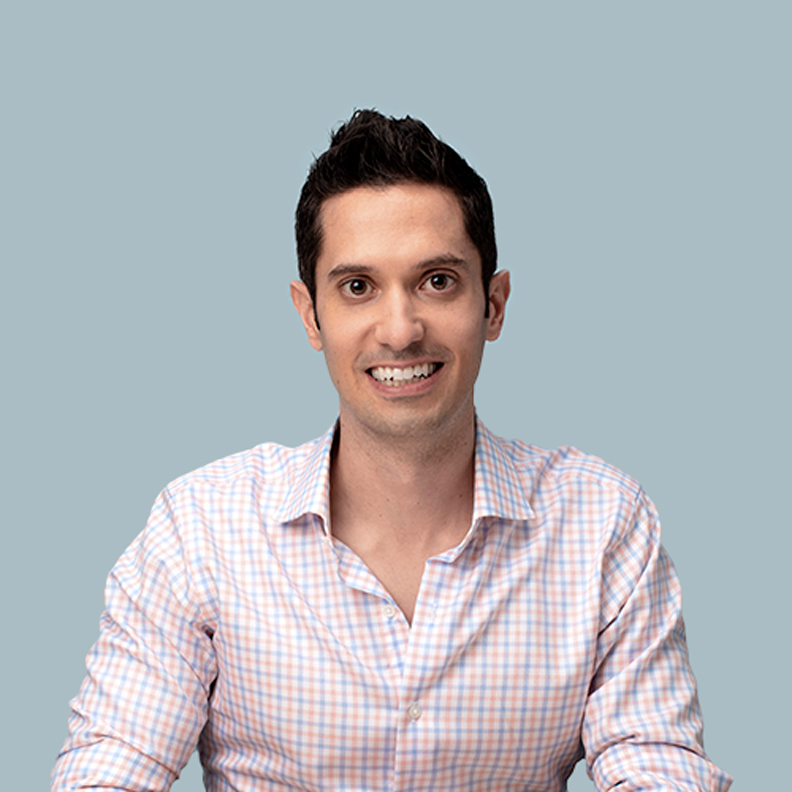 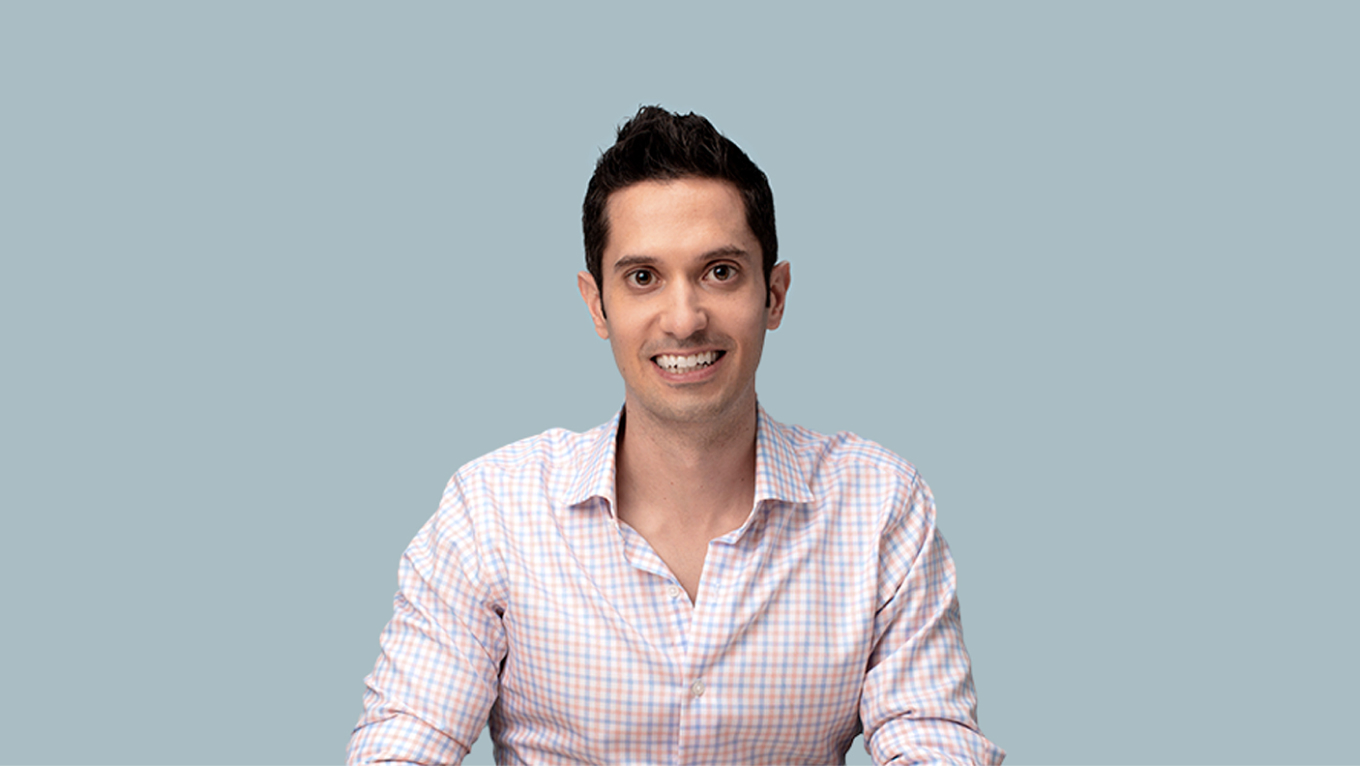 Abhinav joined Ghost as a founding engineer and has led key development efforts across the in-car runtime stack, vehicle integration, and driving program. Previously, Abhinav helped launch the Argo Project at Applatix (acquired by Intuit), a flourishing open-source, container-native workflow engine for Kubernetes. Before that, he was a member of the technical staff at Pure Storage, Intel, and Sun Microsystems.

His favorite car is the Rivian R1S. 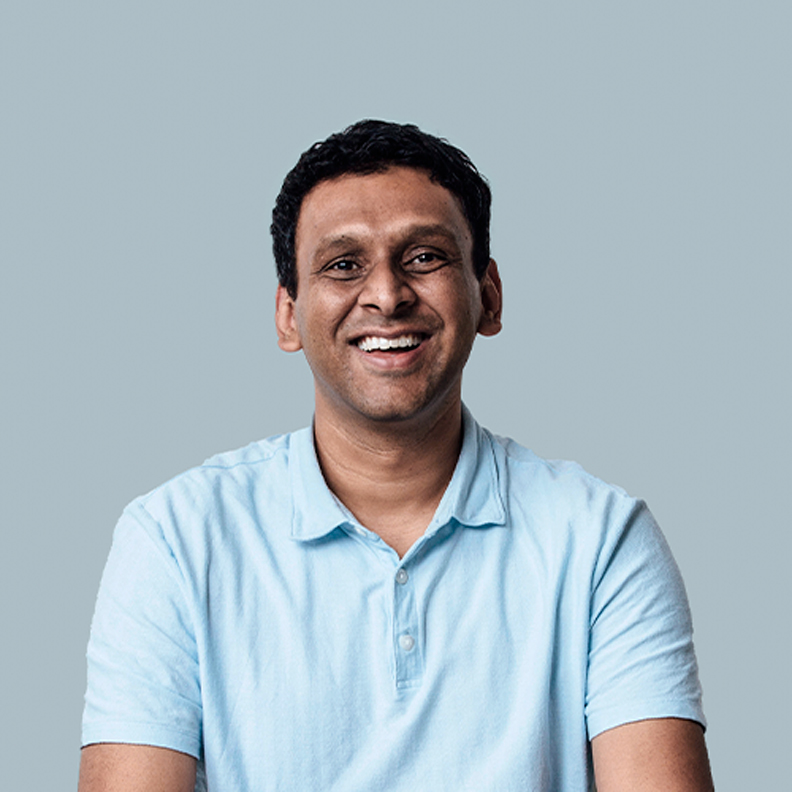 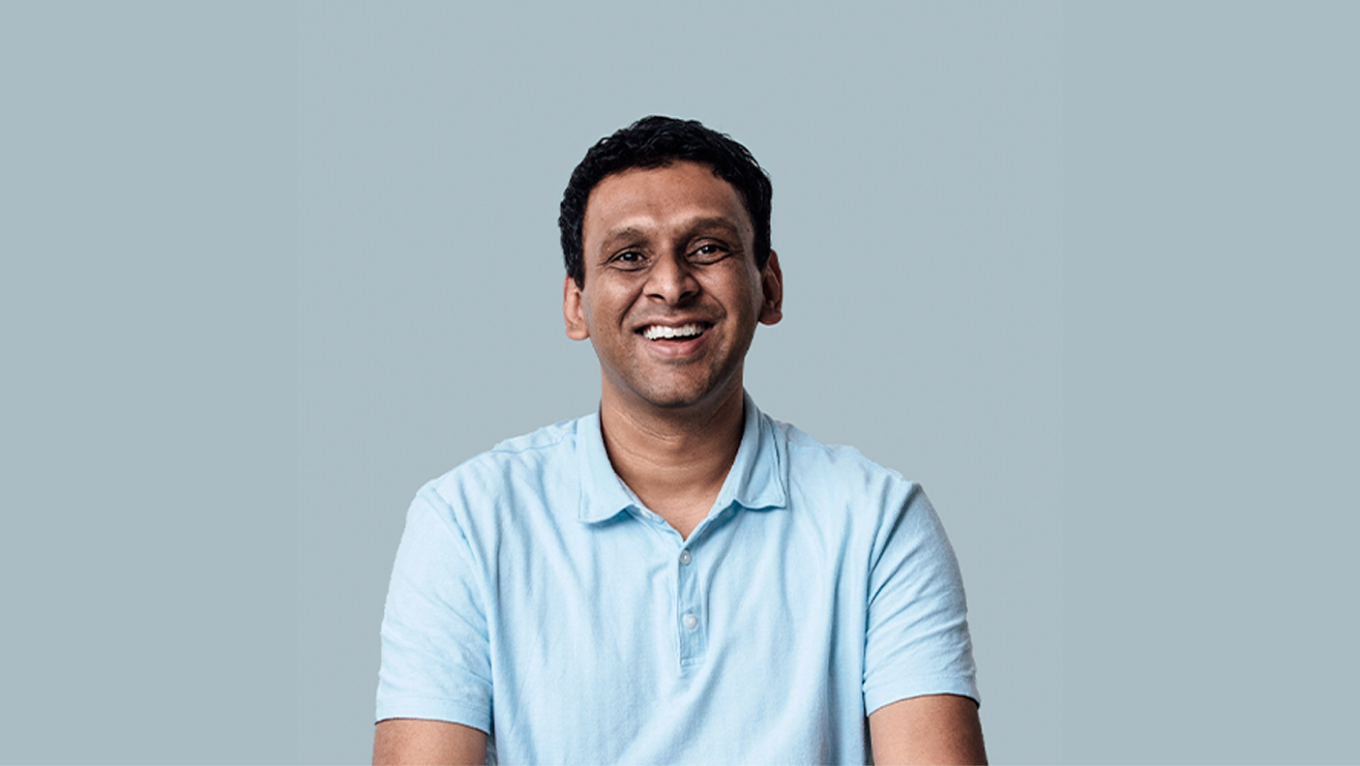 Jackie has decades of experience in and around the automotive industry, specializing in legislative and regulatory developments in motor vehicle safety, fuel economy, and developing technologies.

Jackie served as the chief counsel and acting administrator of the National Highway Traffic Safety Administration from 2002 to 2006. Before joining Ghost, she was a partner with the international law firm King & Spalding.

Jackie earned a bachelor’s in history from Brandeis University and a JD from Stanford Law School.

Her favorite car is a Mercedes E-Class Cabriolet. 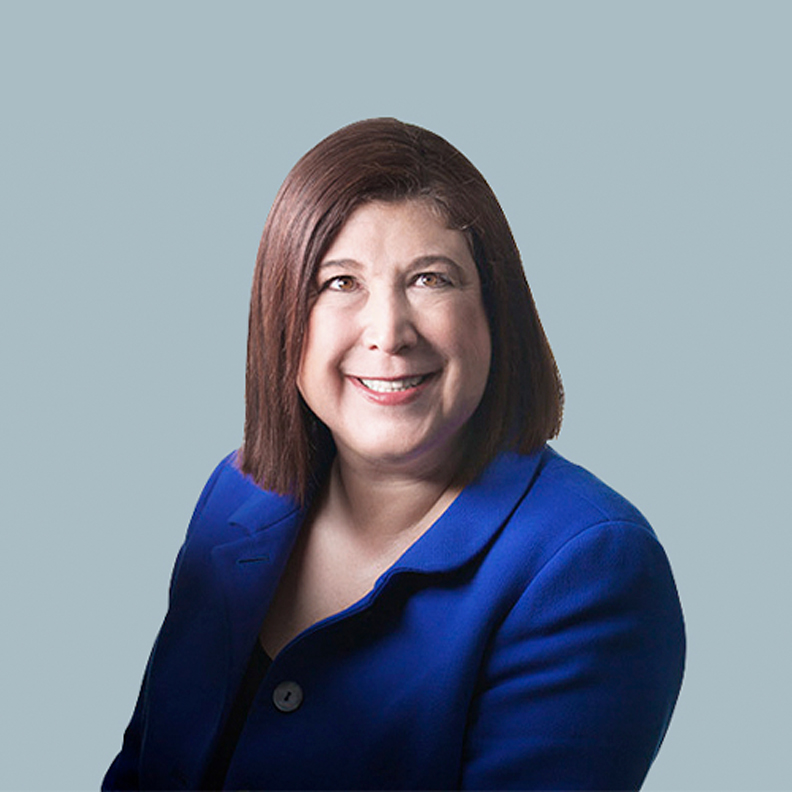 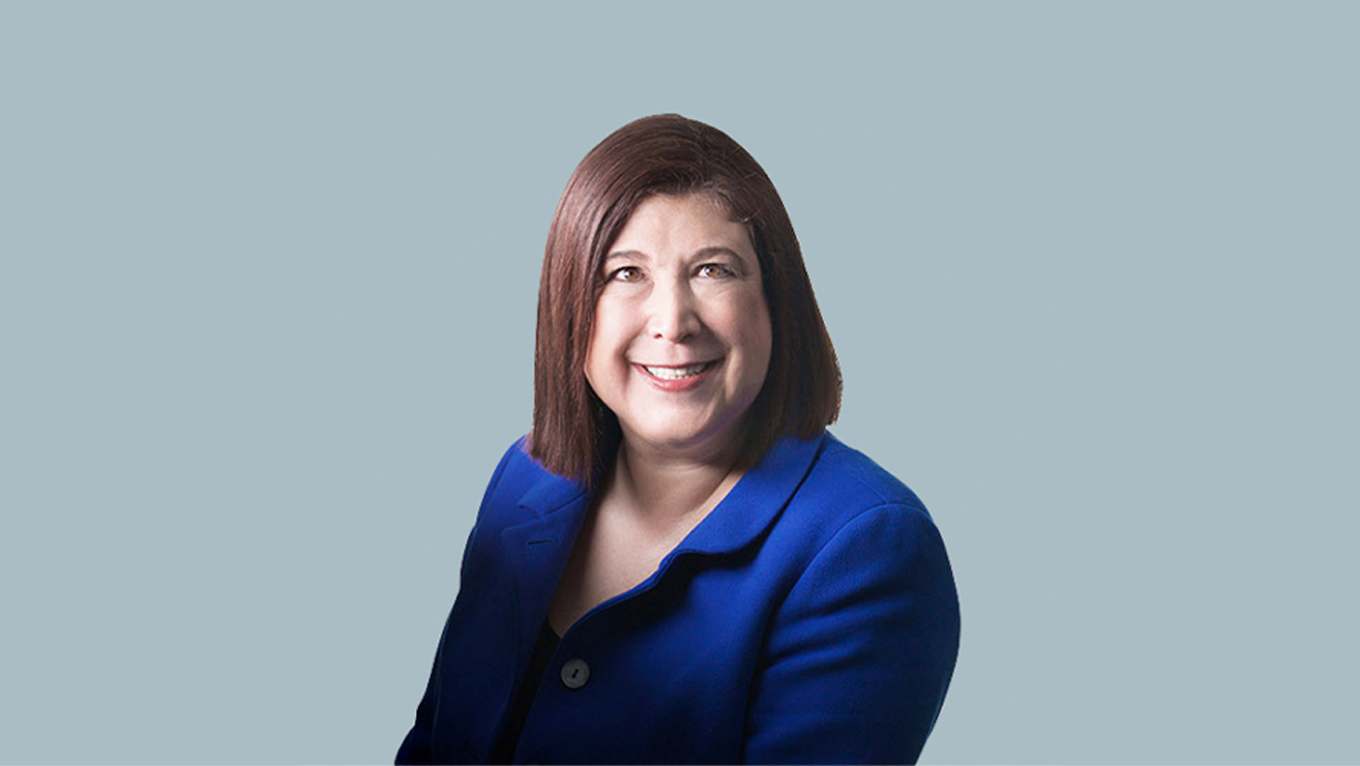 Prior to Ghost, Jay was a general manager at Uber, working on driver growth. He previously co-founded Stik.com (now Waymark), a video advertising platform, where he currently serves as a board member. Jay began his career as an analyst at Morgan Stanley and has a bachelor’s in applied mathematics from Harvard University.

His favorite car is the 1998 2-door Chevrolet Tahoe. 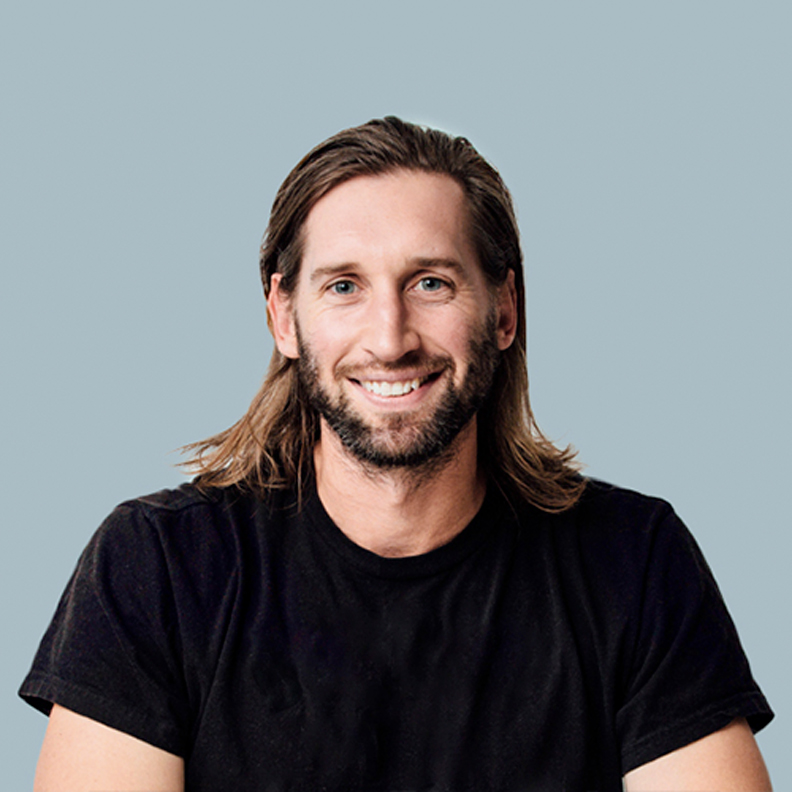 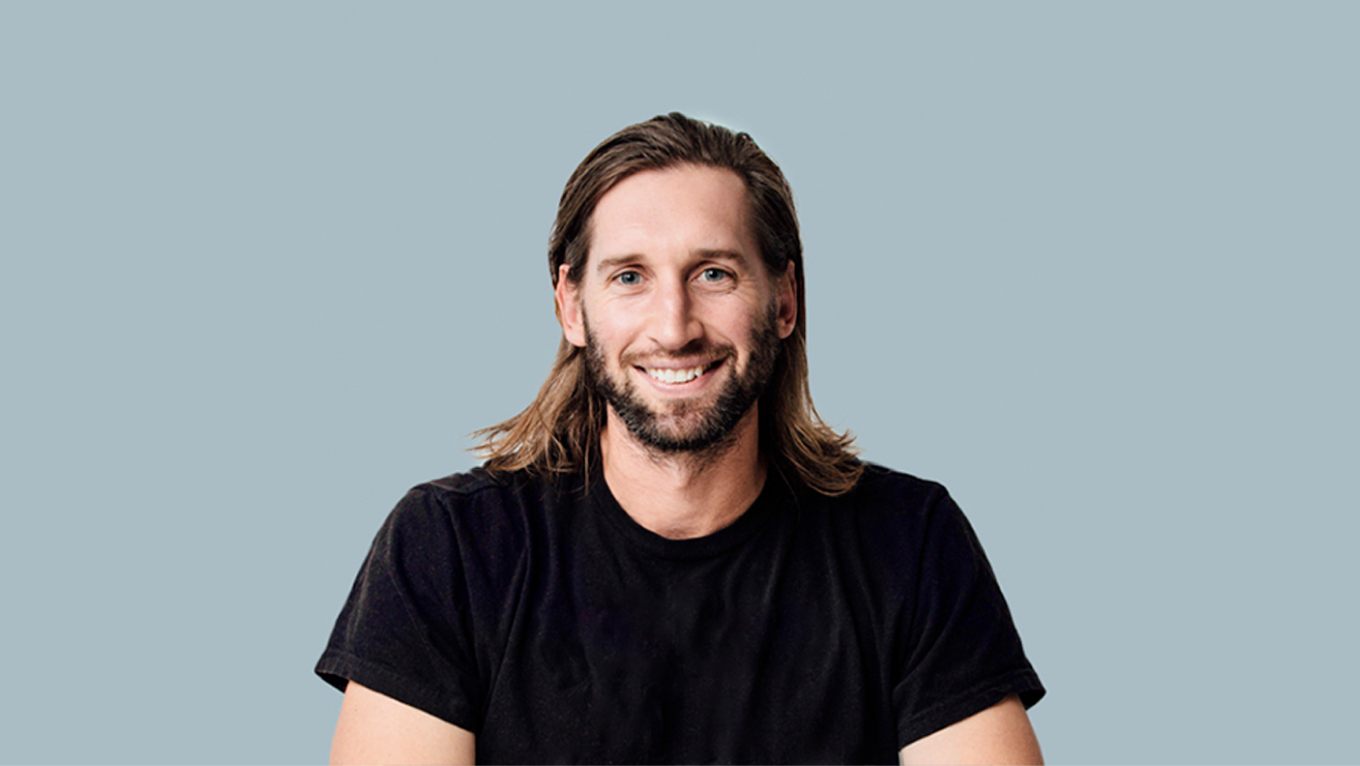 Matt “Kix” was the first non-engineering hire at Pure Storage. He led marketing and product from inception to IPO and beyond, helping design and deliver mission-critical data center storage products that enabled AI, finance and payments infrastructure, and cloud services. Prior to joining Pure, Kix was vice president of software product management at Symantec.

Kix earned a bachelor’s in engineering from the Massachusetts Institute of Technology.

His favorite car is a Mazda Miata. 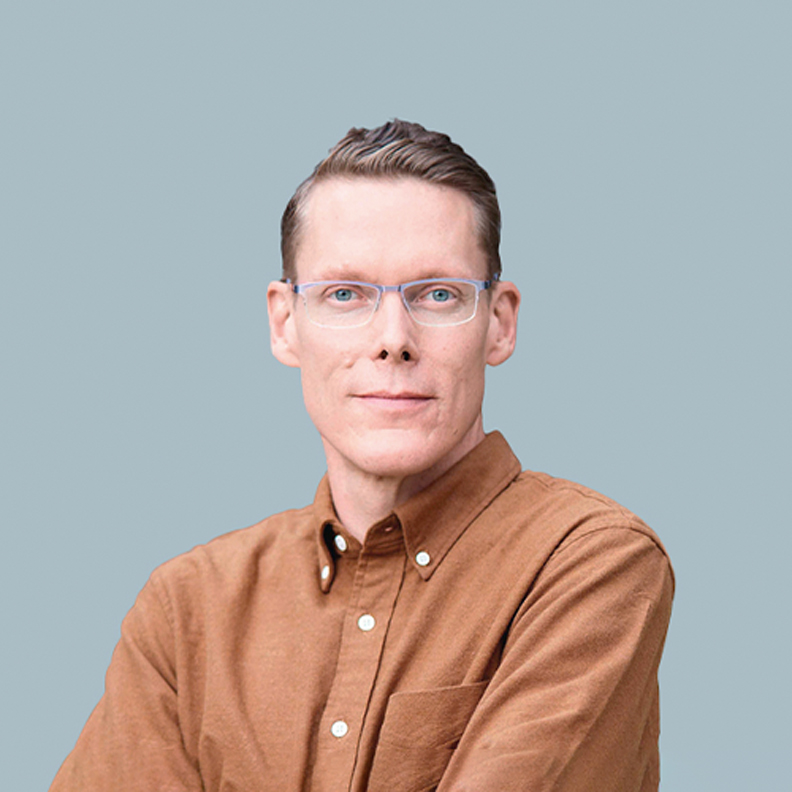 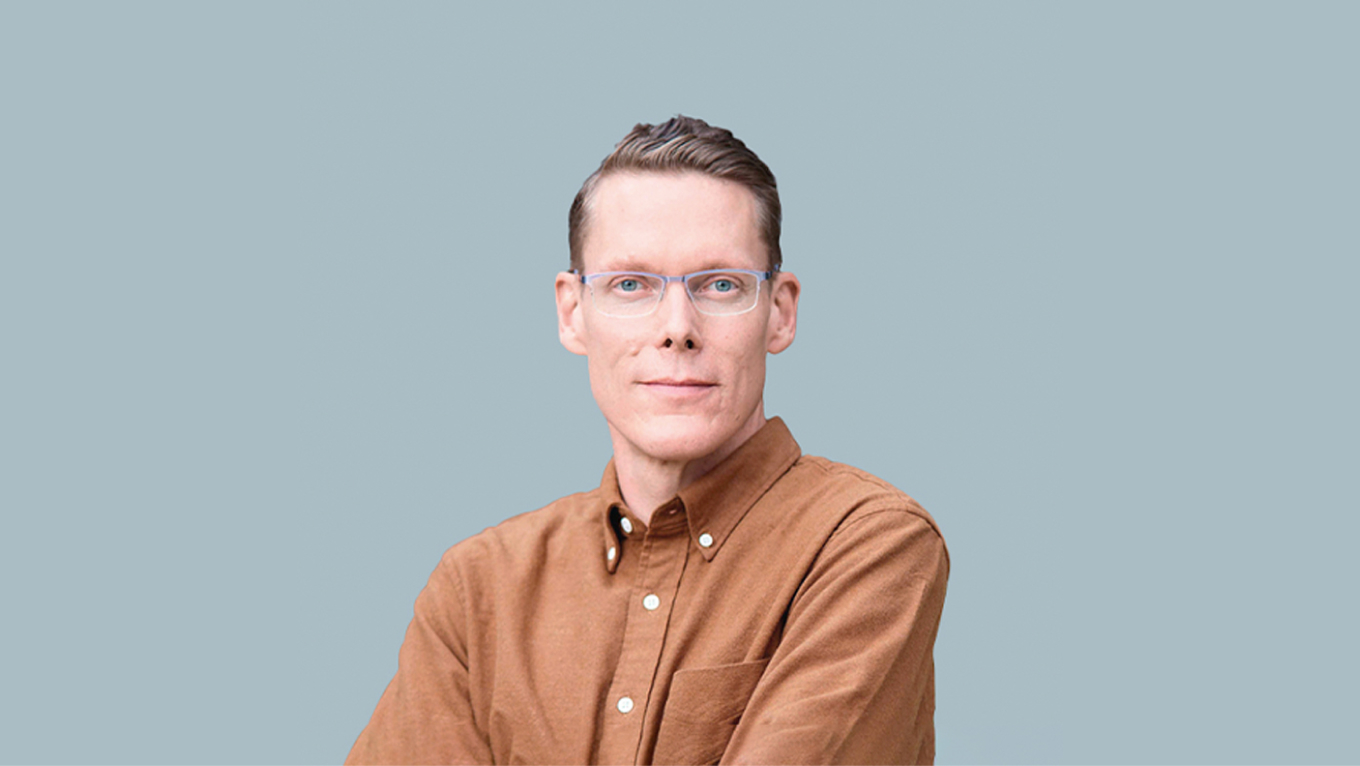 Dwight is a customer success leader with more than twenty years of experience in the software industry spanning everything from early-stage startups to the Fortune 100.

He led customer success for two cybersecurity firms, built Oracle’s software investment advisory business as its senior director for North America, and was a member of the founding team for three startups.

Dwight earned a bachelor’s in manufacturing engineering from Boston University and a JD from George Mason University Law School.

His favorite car is an Aston Martin Vanquish. 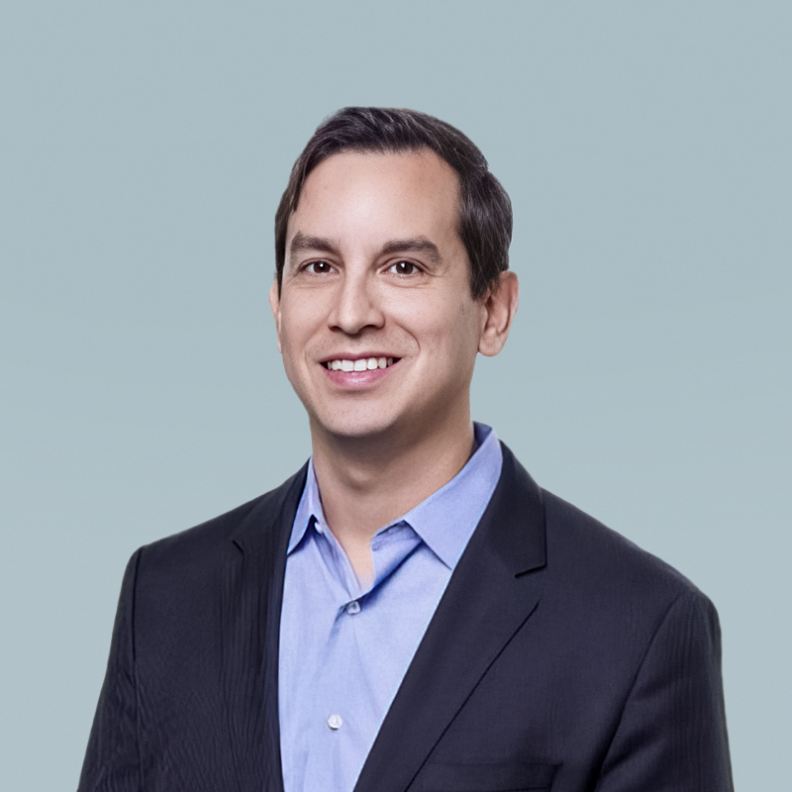 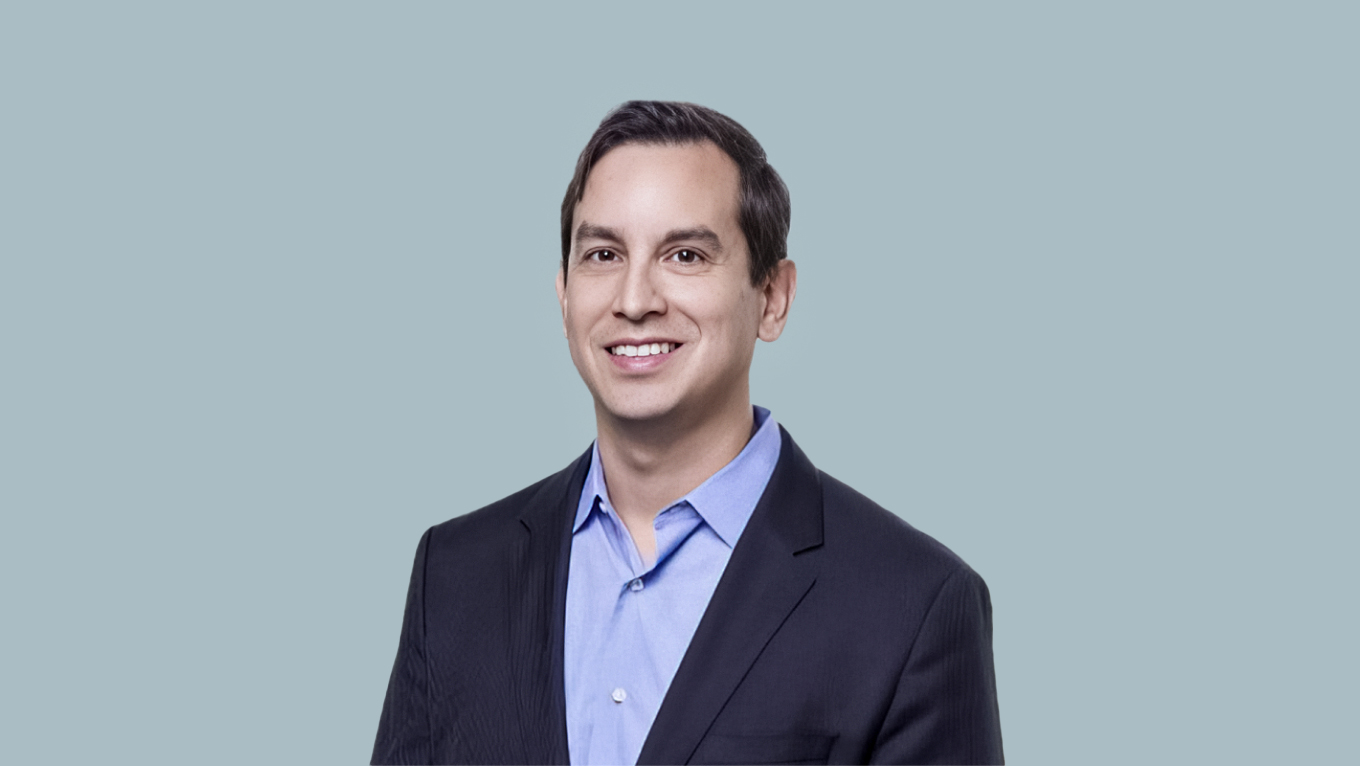 Yulia serves as chief of staff to the CEO and heads the people function at Ghost. She previously led human resources and recruiting for electronic trading firms Allston Trading (acquired by DV Group) and Teza Technologies.

Her favorite car is the 1968 Ford Mustang. 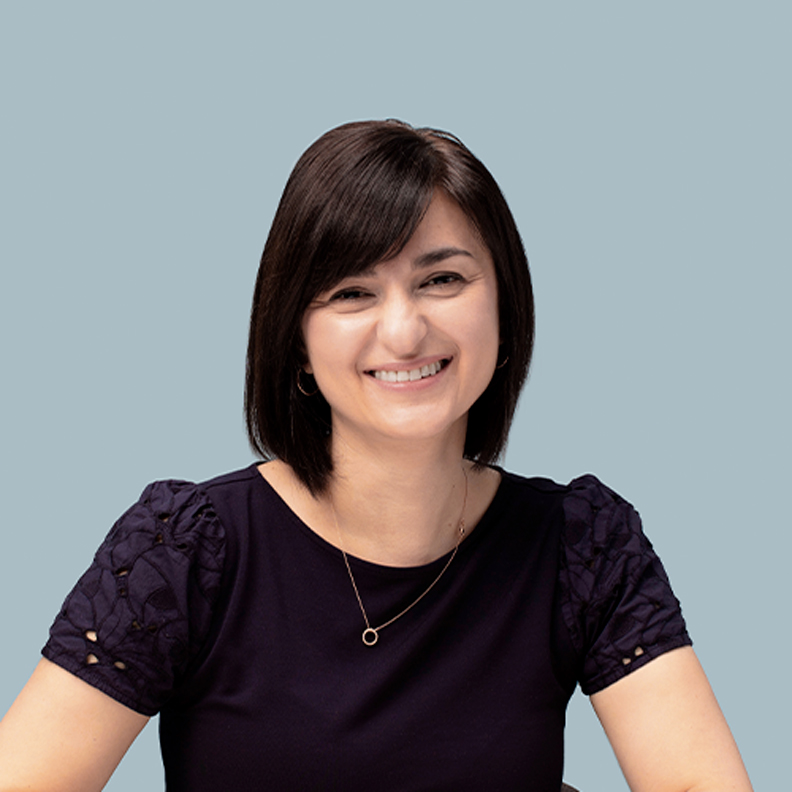 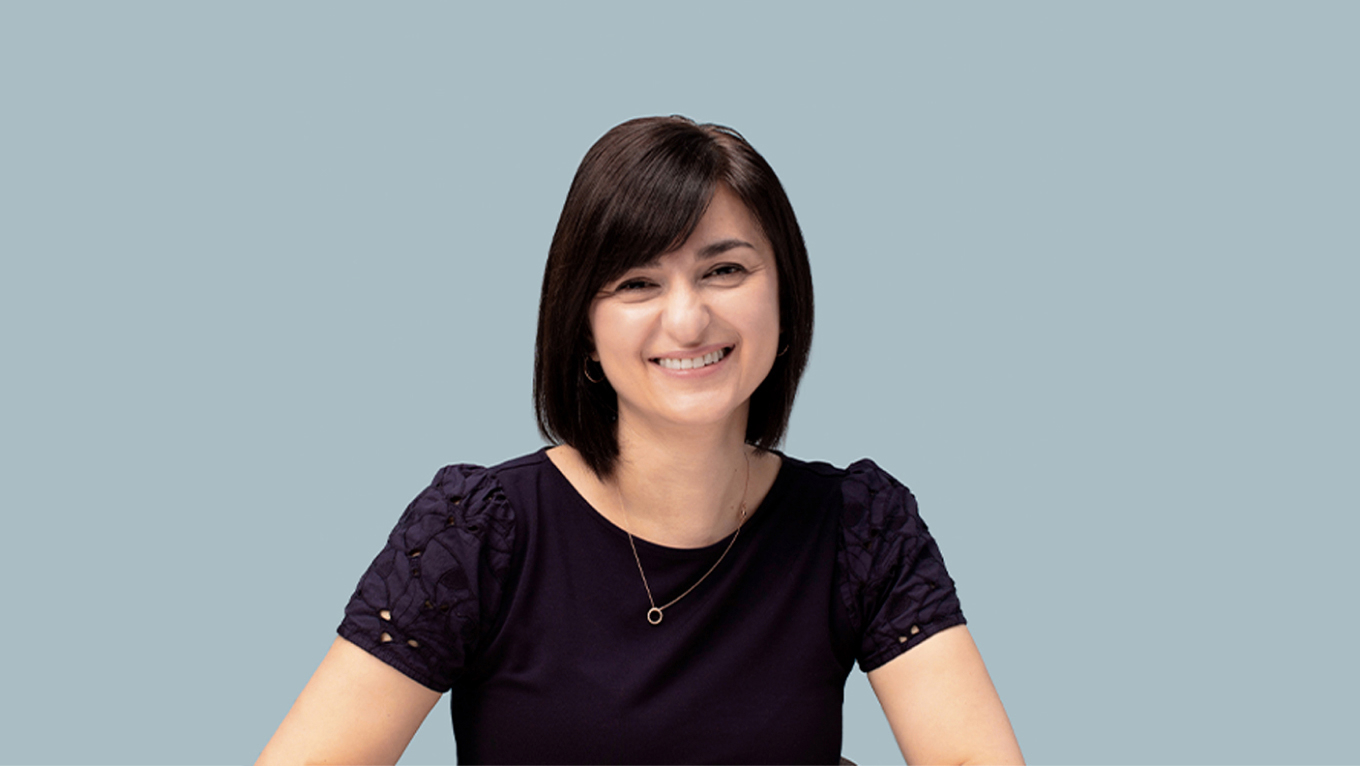 John has spent his career designing systems from a blank whiteboard, often finding new solutions in existing spaces to create breakthroughs in performance, scale, and reliability.

In 2009, John co-founded Pure Storage, a company that leveraged a technology transition from hard drives to flash storage to completely re-imagine cloud and data center storage. By coupling flash with purpose-built software, he helped deliver storage systems that operate at new levels of reliability and performance, handling some of today’s most mission-critical banking infrastructure and driving innovation in cancer research, genomics, AI, and beyond. Pure’s game-changing reliability, performance, and simplicity enabled it to become one of the fastest-growing enterprise technologies of all time, going public (PSTG) in 2015.

John previously worked in the office of the CTO at Yahoo and was a founding engineer at Bix. He studied engineering systems and computing at University of Guelph in Ontario, Canada.

His favorite car is an Aston Martin DB10.

Volkmar architected the L4 Pistachio microkernel, which protects the biometric data of billions of Apple and Android users around the globe. As co-founder and CTO at Adello and architect at Teza Technologies, he created artificial intelligence systems for real-time applications in high-frequency trading and digital media.

Volkmar began his career at IBM Watson Research and earned his PhD in computer science from Karlsruhe Institute of Technology in Germany.

His favorite car is an Audi RS6. 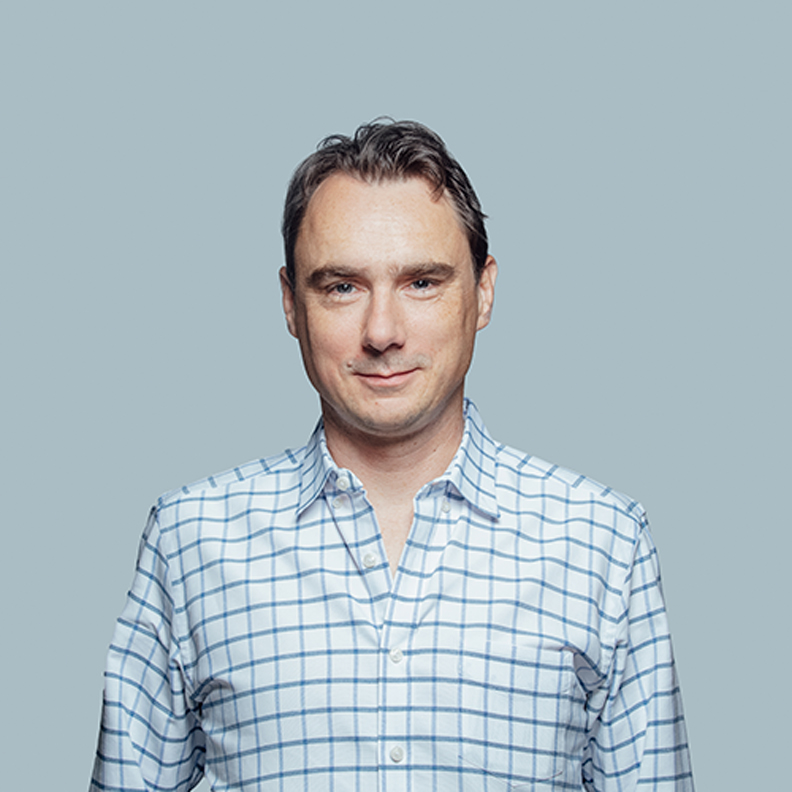 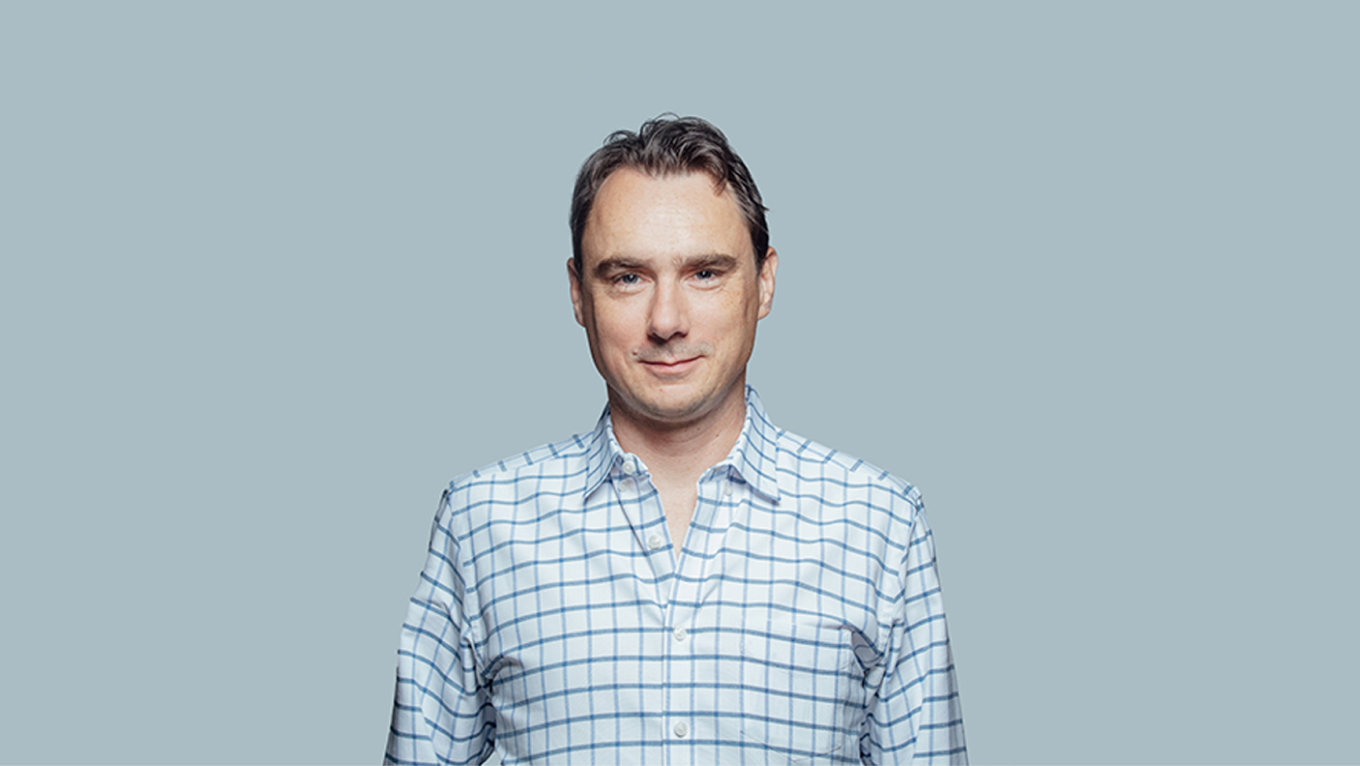 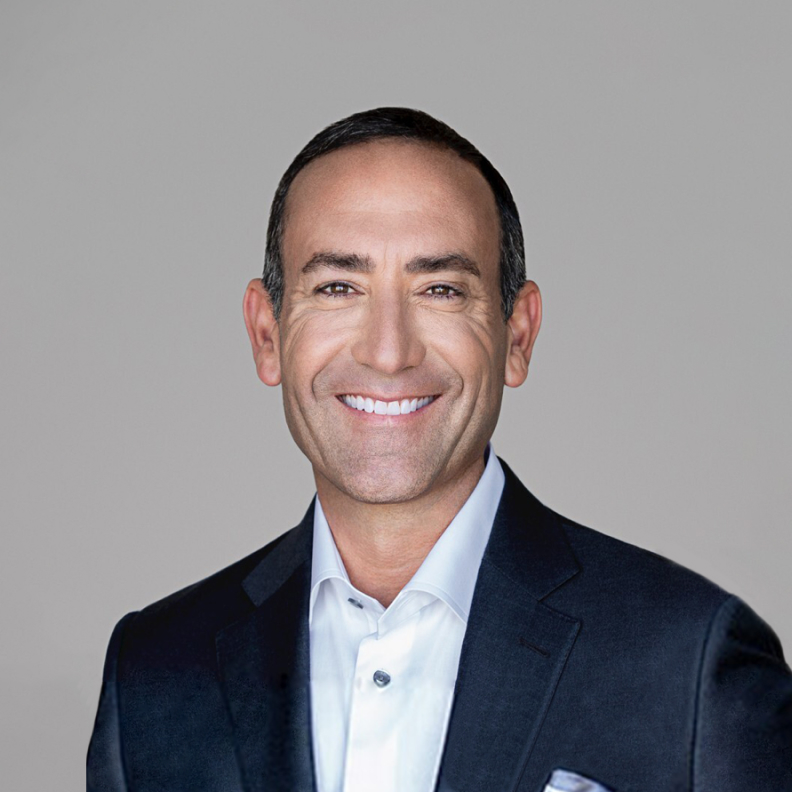 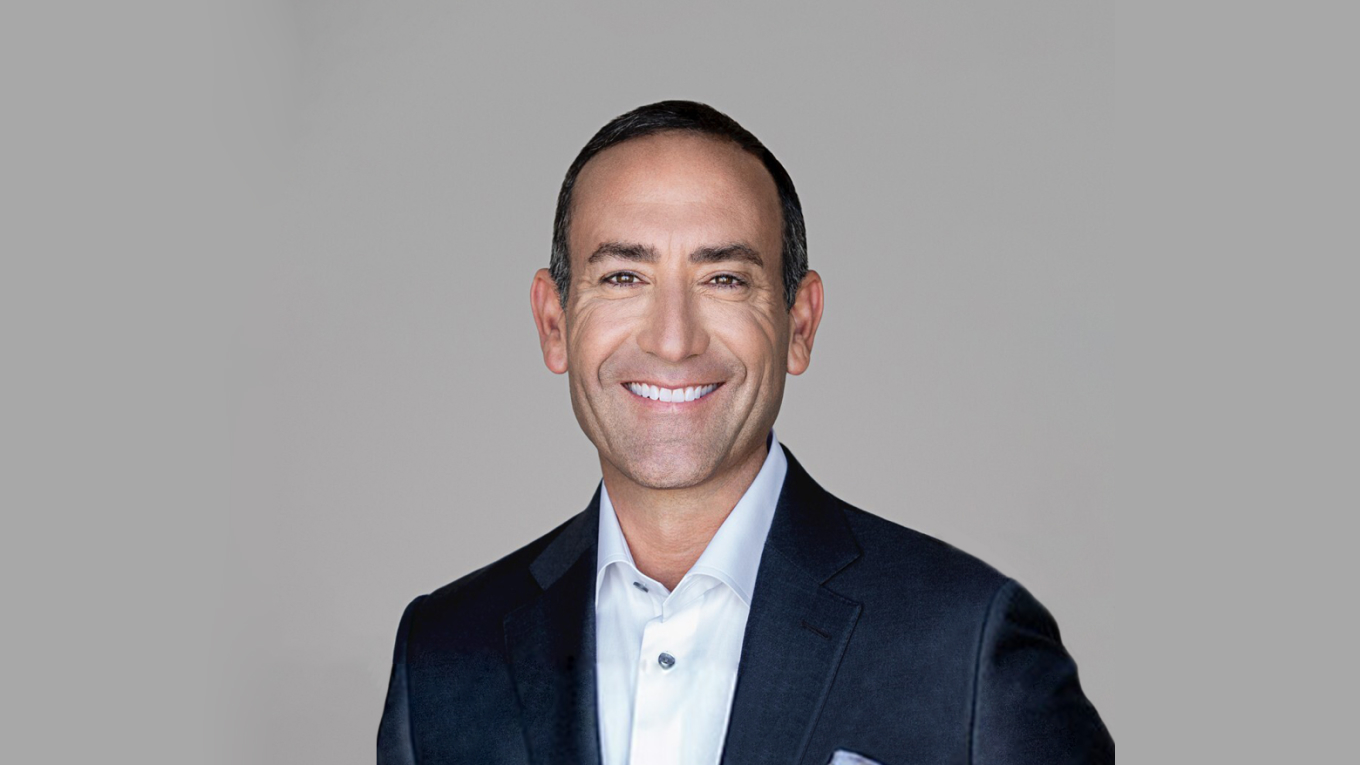 Vinod Khosla is an entrepreneur, investor, and technologist. He is the founder of Khosla Ventures, a firm focused on assisting entrepreneurs to build impactful new energy and technology companies.

Vinod was a co-founder of Daisy Systems and founding CEO of Sun Microsystems where he pioneered open systems and commercial RISC processors. One of his greatest passions is centered around mentorship by being a mentor to entrepreneurs, assisting entrepreneurs and helping them build technology-based businesses. Vinod is driven by the desire to make a positive impact through the application of technology to reinvent societal infrastructure and multiply resources. He is also passionate about Social Entrepreneurship. 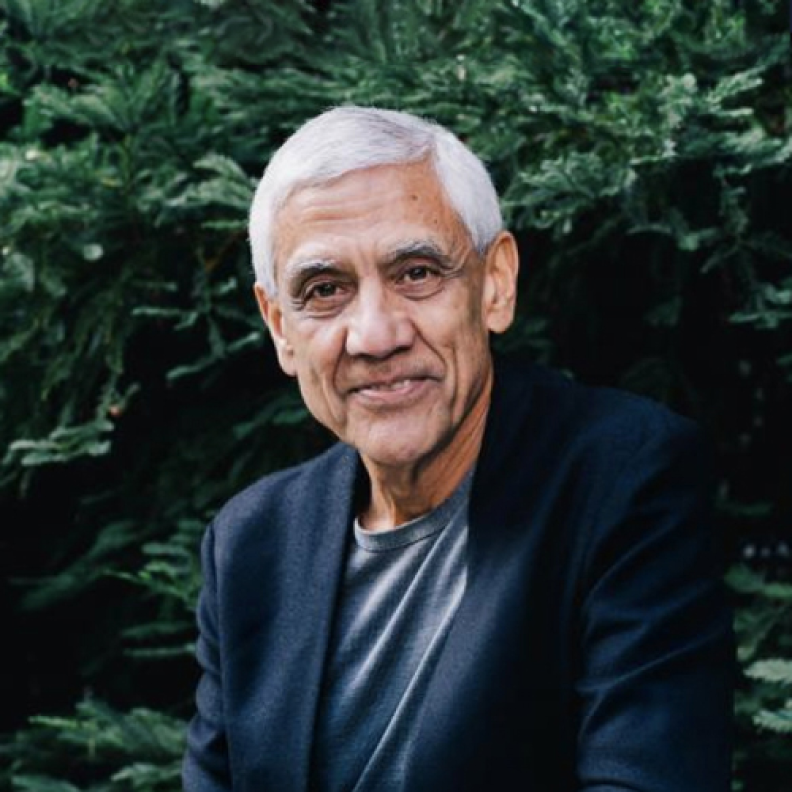 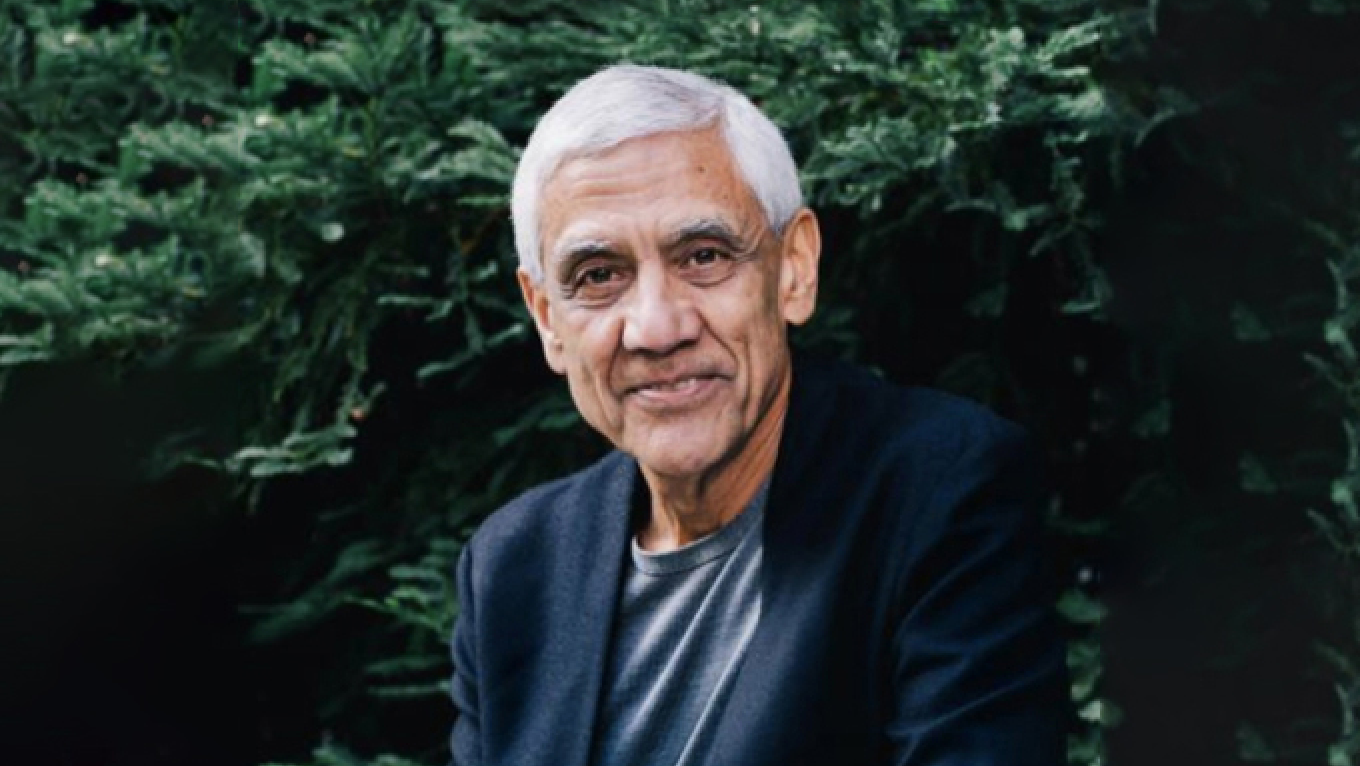 Keith has a unique and unparalleled track record as an entrepreneur, executive and investor. Over the last decade, he has forged several of the most important new social and commerce platforms. Keith began his career in the industry as a senior executive at PayPal (NASDAQ: PYPL) and subsequently served in influential roles at LinkedIn (NYSE: LNKD) and as chief operating officer of Square (NYSE: SQ). He co-founded and currently serves as CEO of OpenStore, which acquires small direct-to-consumer businesses.

As a board member, Keith guided Yelp (NYSE: YELP) and Xoom (NASDAQ: XOOM) from inception to successful initial public offerings, and he served on the board of Reddit from 2012-2018. Simultaneously, he also invested in other like-minded entrepreneurs with early stakes in YouTube, Palantir, Lyft, Airbnb, Eventbrite, and Wish.

Earlier in his career, Keith was a litigator at the preeminent Wall Street law firm Sullivan and Cromwell, after clerking for the United States Court of Appeals for the fifth circuit.

Keith holds a bachelor’s degree in political science from Stanford University and a juris doctor degree with honors from Harvard University. 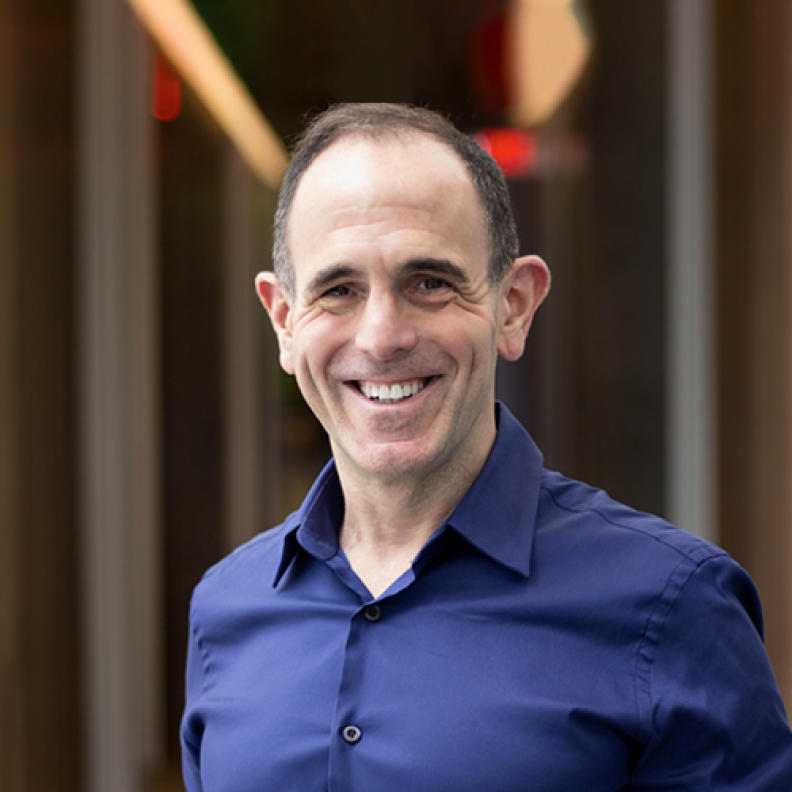 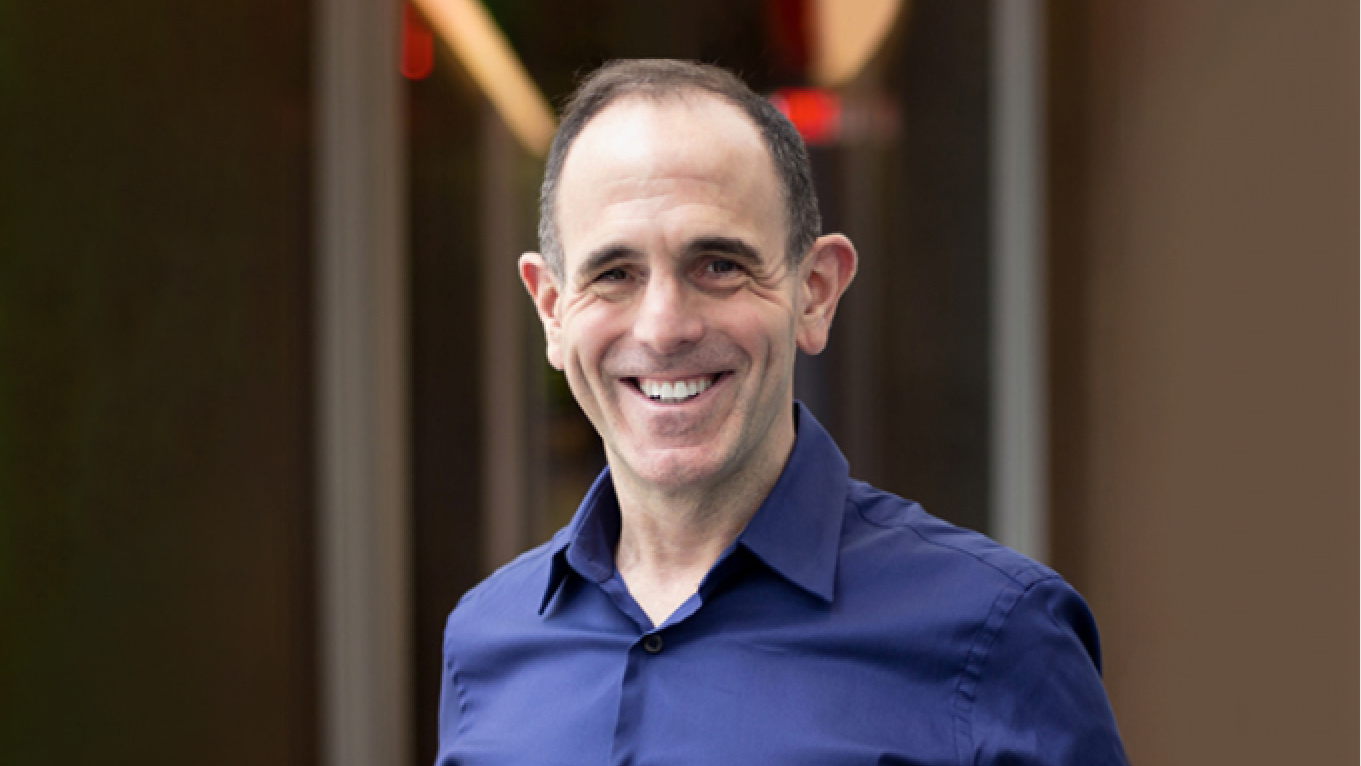 Gene is the co-founder & CEO of Sila Nanotechnologies. Prior to co-founding Sila, Gene was the seventh employee at Tesla Motors where he served as principal engineer on the Roadster battery, leading the development of the world’s first, safe, mass-produced, automotive lithium-ion battery system.

Gene holds two degrees from Stanford University; an MS in Engineering with a focus on energy and materials, and a BS in Mechanical Engineering. He has co-authored 42 patents and 4 academic publications. Gene has been named to the Forbes 30 under 30 list, the MIT Technology Review 35 Under 35, and was a recipient of the Paul and Daisy Soros Fellowship for New Americans. 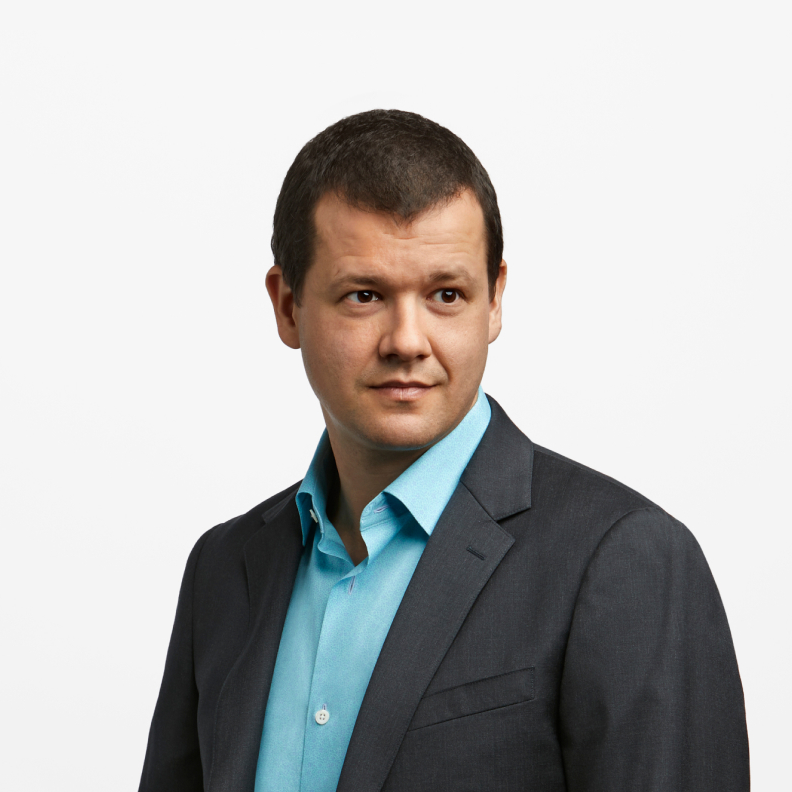 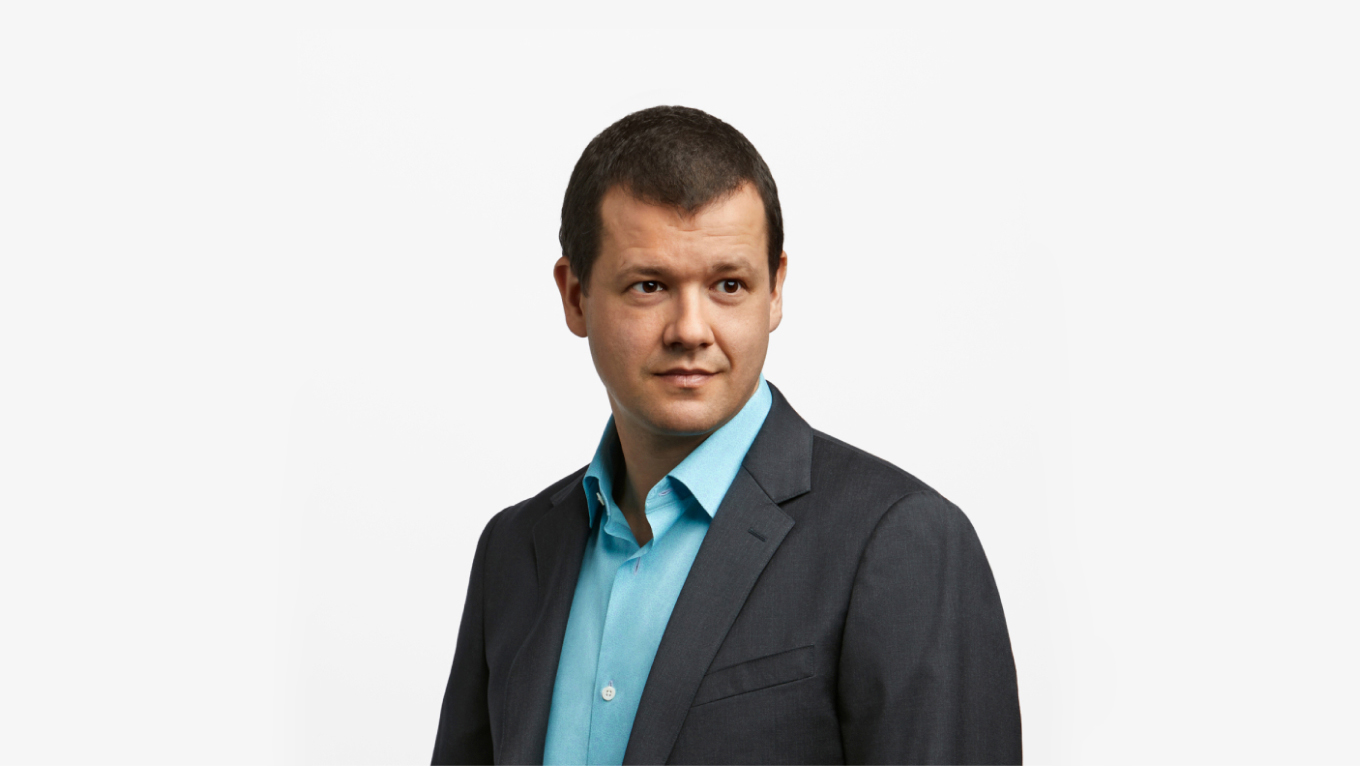 Detroit
25909 Meadowbrook Road
Novi, MI 48375
We're hiring.
Join us
Contact us to discuss working together
Thanks for contacting us
We’ll be reaching out to follow up with you shortly. In the meantime, download our Tech Brief to learn more about the Ghost Autonomy Engine.
Oops! Something went wrong while submitting the form.